We arrived by HST in London Saint-Pancreas without our bicycles we originally planned to take along for the journey. Alas, normal bicycles prove not to be allowed on regular HST lines in Europa. It’s a shame, and a pity for our spoiled tax money, but, fortunately, the neighborhoods around railway stations still happen be wonderful places for any traveling dance historian. I already blogged about the chances lonely by-passing travelers offer for an industry based on the quest for excitement. So, mostly, what one finds, is a rather interesting mixture of theaters, dancings, casino’s, brothels and the like. This was already the case in the 19th century when the new districts around the magnificent capped stations arose, so evidently, one can expect almost anything.

Now, the place where we arrived, definitely should be considered the first railway neighborhood in the world as Euston Road happens to be the very first railwaystation ever built. The two gates are till intact. They are, alas, also the last standing witnesses of a much larger ensemble. For those who would still sport the idea that the Brits usually care more about their heritage, I have bad news. The original venue from 1837 was relentlessly destroyed in 1960, despite worldwide protest. People can be so blind, my friends. Words simply fail to describe it. 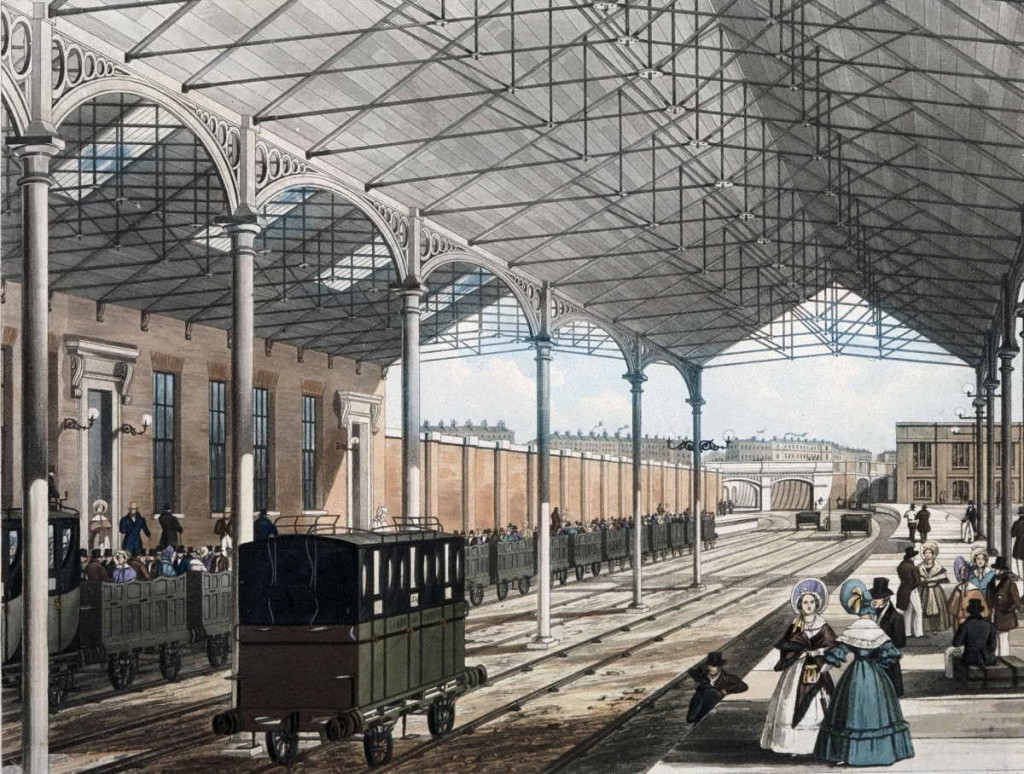 Now, my intuition proved correct again. Next to our hotel we discovered the