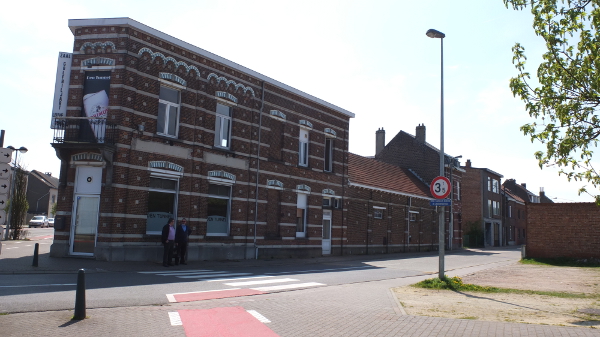 The 1st of May is the traditional socialist international day. A good (and beautiful  day to do something about socialist heritage. The Floreal venue in Herent (near Leuven) makes an rather rare example of a building for gatherings in a rural setting. I’am not sure weather it was originally build by socialists (like Vooruit in Ghent i.e.). Until recently it was owned by a cooperative with socialist roots and the’re not planning to keep it in the future. So, high time to have a photo-shoot there to save at least the image for posterity  A amiable man of the cooperative let me in, so I could take some photo’s using a tripod. A decent heritage – activity on a day off IMHO.