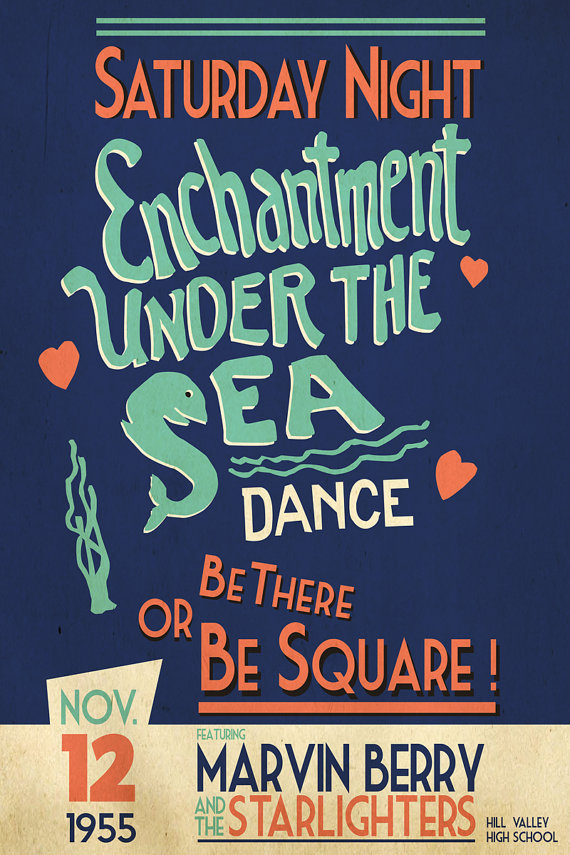 For those who wouldn’t know: next year is 2015. Nothing to worry about, one could arguably say, as this year is 2014, etc. But it isn’t that simple, really. Not for hard boiled fans of Back to the Future like me. Next year will be 30 years since Doc Emmet M. Brown started one of his journeys into the future riding (or is it flying?) his De Lorean time machine. The question we must all ask ouselves, is then of course: will he arrive safely next year or not?

He cast off in “good old” 1985 and for those who wouldn’t remember: that year started with the most gripping news breaking to us that Greenland had just decided to leave the European Union. The year had just only begun. Merely a week or two later, Ronald Reagan swore in for his second term as President of the USA, and what a memorable term it would be! On the other side of the iron curtain, Michaïl Gorbatjev made it to Secretary General of the Communist Party of the USSR, with the known consequences. Until then the world was neatly split in two: the East and the West Blocks. The said curtain still hung safely in place and no one could by any means foresee that only four years later, the whole game would change dramatically.

Like any year in human history, it was one of ups and downs. The “New Coke” was launched and to our great relief, retired even before it made it to Belgium, Commodore released it’s fabulous Amiga and the first Super Mario games went for sale. The wreck of the Titanic was dicovered miles under the ocean and Space Shuttle Atlantis made it’s maiden flight into outer space. But it also was the year of the Great Ethiopian Hunger, the Heysel drama, the Schengen Deal and the attack on the Rainbow Warrior, just to pick up a few interesting items from the “1985” wikipedia page.

About terrorism: it proved a rather fruitfull year, alas. We tend to forget easily, but unlike today, bombs exploding in public places and plane hijackings used to be regular newsitems, back then. In Belgium alone no less than 12 terrorist attacks by the CCC (Cellules Communistes Combatantes) shook the nation that year. The one from the 4th of November clearly stands out in my mind. It totalled the headquarters of the Banque Brussel Lambert, since evaporated into the Parisbas Fortis Group. It happend only a few blocks away from where I used to live with my parents. As for that one, the commi’s applied around a ton of TNT, so naturally, the windows of all houses in the area shattered. Those were the day’s my friends!

But by December these public ennemies Nr 1 to 4 were arrested in a Quick Hamburger restaurant near Namur. Rule number one in Mao’s red book: never, ever eat capitalistic burgers, you morons! More Belgian than that it doesn’t get. But those little red boys were relatively small beer compared to their fascist countreparts, the infamous “Gang of Nivelle” (Bende van Nijvel). After two years of radio silence they completed three more deadly raids on supermarkets, shooting around and causing 16 deaths. And we even weren’t the only European country seeing regular terrorist action. They weren’t called ‘The Bloody Eighties’ for nothing.

Of course, the cultural world mimiqued some of that. U2 scored an iconic hit record with Bloody Sunday that still stands, etched into the eardrums of my generation. The song is a few years older than that, but it didn’t make it into our Top 30 hit parade unless 1985. But, that of course, was only a minor musical fact of that most remarkable year, for there also was Life Aid, the Woodstock of my generation. What a remarkable series of concerts and performances!

One just can’t image the impact of it, living in an age when live streams are the norm. Back then, we only had something called “Mundovision” and that was used once or twice a year, dedicated to very strickt occasions like the New Years Concert Live from Vienna. Not only Live Aid was all about rock & roll, but it was very chaotic as well and it took place in two places – London and Philadelphia – simultaneously, broadcasted completely in sync on television and radio. Perfect clear sound on the living room hifi and rather dull black and white (grey and still more grey would be a more adequate description) on the television set. A wonderful, unique, experience for the pre-internet age.

Meanwhile Amadeus won 8 Academy Awards, Karpov & Gasparov played their longest game – the top of their rivalry – and Rock Hudson died as one of the first aids V.I.P’s followed by so many famous and less famous individuals. But most important: BTTF I was released in the USA on the 3rd of June. Nothing in the world would ever be the same. It used to be the golden age of pop-posters. Magazines without posters, just didn’t last and Michael J. Fox – Marty Mc Fly in the movie – was the most popular item at the time, at least with girls. I, for myself, lived in a rather daft and distant world back then, where the earthly worries about pop-icons or film hits didn’t penetrate all too clearly. So I didn’t see it myself originally and am a convert of later age. And as converts are the most dedicated fans, guess what?

I discovered that the pivot point of all three BTTF movies, is a ball scène! So the next few weeks I will annoy all of you and rest of the world with my personal views on “The Enchantment under the Sea Dance” – “The Village Festival” e tutti quanti.