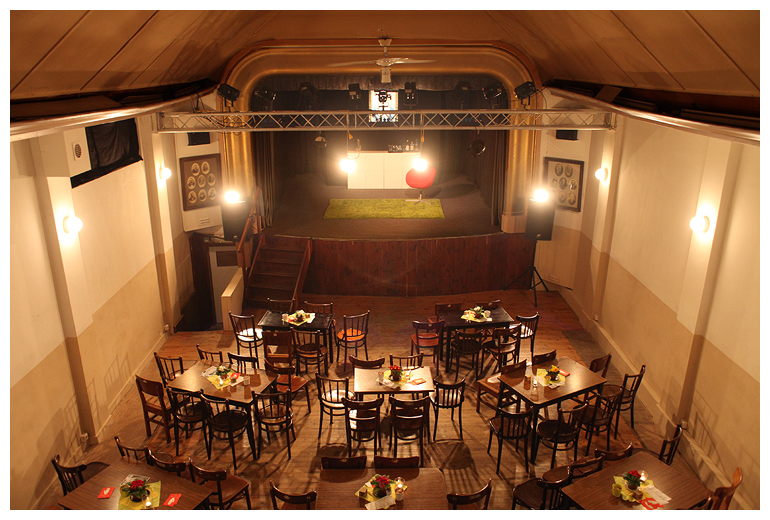 Regular followers of this blog of course know this: I rather frequently display some of my love for ancient ballrooms here. To begin with, there aren’t so many of them left. And that counts for most countries I visited recently, not only for Belgium. Somewhere in the past, I started to accept that fact. A ballroom is a typical utilitarian kind of building. It is designed with a certain purpose in mind and most of the time an economical scheme lurks in the background.

As such, it means big chuncks of space right in the heart of our cities, where any square yard is hugely stressed by all kinds of real estate interests, not in the least for building new appartments or offices. Whenever the economical benefits outweigh the social or cultural use made of these spaces, it seldom takes much time before they are tared down and replaced by something new.

All of this happened all the time in the most economical century ever, the 19th, and at an astonishing tempo. Ballrooms back then, mostly lasted no more than 5 years with the same interior, name or owner. And the biggest disasters happened between the two worldwars, when cinema replaced dancing as the most popular form of entertainement. Old ballrooms were destroyed to provide ample room for new seats and the magical white screen. For all of these reasons, one scarecely will find an intact ballroom in city centers today and sometime can be lucky to stumble upon one in the country side.

Zaal Cecilia is no exception. When she (with that name, it must be a she) was build in 1881, she formed the home of the homonymous Musical and Theatrical Society Saint – Cecilia. The club existed already from 1839, when it was founded as a musical society by some 42 local civilians and enterpreneurs. In 1851 the theatrical society saw the light and it was then rehearsing and performing in the local city hall. Until some decades later, in 1881, the vicars of the Saint – Catherina church around the corner, outplayed both societies by manipulating their political pears in the city counsel to forebid the vagrancy at once. This never altered the initiative, of course, and the very same year a brand new society room was erected, a few yards away from the ancient city hall. 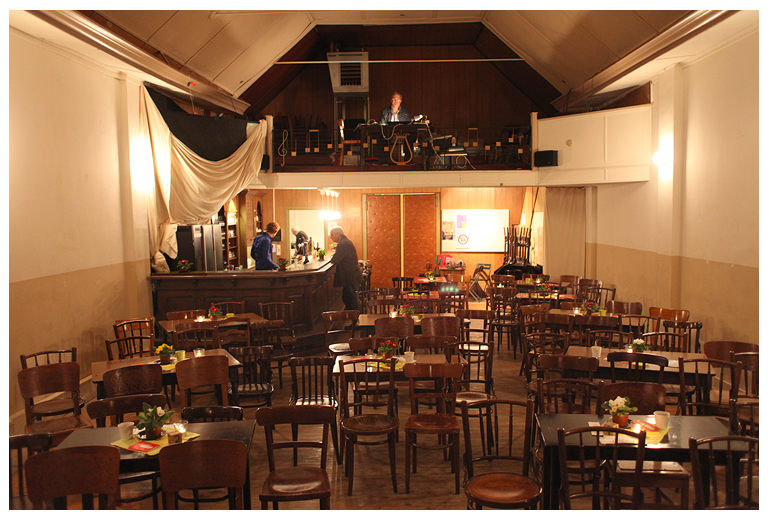 Until some years ago, both societies still showed some degree of activity. As I said, when they stop, it seldom takes long, before the building is sold, destroyed and replaced by some other capital investment. Especially on the site where it still stands, in Hoogstraten (Belgium) today. But not this time. A rather ardent group of volunteers wanted the business to continue and so they did. It absolutely is an exceptional place with a ballroom balcony and all. Reminds me a bit about the Floreal Ballroom in Herent, I wrote about some time ago. And it has the most perfect dancing floor imaginable. So, whenever you are in dear need of a splendid occasion, don’t hesitate. It’s a bargain, really.